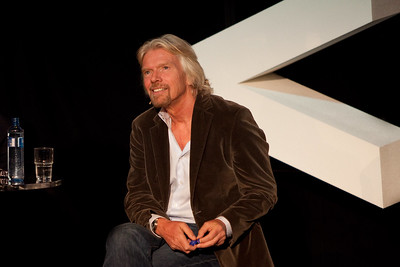 Richard Branson, founder of the Virgin Group, is one of the most well known entrepreneurs in the world. Virgin Group is possibly the world’s most irresistible brand and has expanded into many diverse sectors from travel to telecommunications, health to banking and music to leisure...Read More

Here are eight books written by Richard Branson. He has provided us with secrets and guides to help every one of us become as successful as possible.

Finding My Virginity: The New Autobiography

Twenty years after his iconic memoir Losing My Virginity, the world’s ultimate entrepreneur is back with the rest of the story.

Richard Branson’s Losing My Virginity shared the outrageous tale of how he built Virgin from a student magazine into one of the greatest brands in history. No challenge was too daunting, no opportunity too outlandish to pursue. And each new adventure started with five simple words: “Screw it, let’s do it.”

Now, fifty years after starting his first business, Branson shares the candid details of a lifetime of triumphs and failures and what he really thinks about his unique life and career. Finding My Virginity is an intimate look at his never-ending quest to push boundaries, break rules, and seek new frontiers—even after launching a dozen billion-dollar businesses and hundreds of other companies.

As he led Virgin into the new millennium, Branson fearlessly expanded the brand into new categories such as mobile, media, fitness, and banking and into every corner of the globe—all while preserving its iconoclastic, scrappy spirit. He even brought Virgin into space with Virgin Galactic, the world’s first commercial spaceline. Finding My Virginity takes us behind the scenes of the incredible brains, heart, and sacrifices that have gone into making private spaceflight an imminent reality—even after the biggest crisis Branson has ever faced.

But this book is much more than a series of business adventures. It’s also the story of Branson’s evolution from hotshot entrepreneur to passionate philanthropist and public servant, via Virgin Unite’s environmental and health initiatives and through the Elders, a council of influential global leaders. And it’s the story of his personal quest to become a better son, husband, father, and “grand-dude” to his four grandchildren.

Featuring a supporting cast that includes everyone from Bill Gates to Kate Moss, Nelson Mandela to Barack Obama, this is the gripping account of a man who will never stop reaching for the stars, in more ways than one. Find out how Branson did it for the first time—all over again.

The Virgin Way: Everything I Know About Leadership

While building the Virgin Group over the course of forty years, Richard Branson has never shied away from tackling seemingly outlandish challenges that others (including his own colleagues on many occasions) considered sheer lunacy. He has taken on giants like British Airways and won, and monsters like Coca-Cola and lost.

Now Branson gives an inside look at his strikingly different, swashbuckling style of leadership. Learn how fun, family, passion, and the dying art of listening are key components to what his extended family of employees around the world has always dubbed (with a wink) “the Virgin Way.”

This unique perspective comes from a man who dropped out of school at sixteen, suffers from dyslexia, and has never worked for anyone but himself. He may be famous for thinking outside the box—an expression he despises—but Branson asserts that “you’ll never have to think outside the box if you refuse to let anyone build one around you.”

Like a Virgin: Secrets They Won’t Teach You at Business School

It’s business school, the Branson way.
Whether you’re interested in starting your own business, improving your leadership skills, or simply looking for inspiration from one of the greatest entrepreneurs of our time, Richard Branson has the answers.

Like a Virgin brings together some of his best advice, distilling the experiences and insights that have made him one of the world’s most recognized and respected business leaders.

In his trademark thoughtful and encouraging voice, Branson shares his knowledge like a close friend. He’ll teach you how to be more innovative, how to lead by listening, how to enjoy your work, and much more.

In hindsight, Branson is thankful he never went to business school. Had he conformed to the conventional dos and don’ts of starting a business, would there have been a Virgin Records? A Virgin Atlantic? So many of Branson’s achievements are due to his unyielding deter­mination to break the rules and rewrite them himself. Here’s how he does it.

Screw Business As Usual: Turning Capitalism into a Force for Good

From the trailblazing founder and CEO of the Virgin Group, a powerful argument for using business to make a positive impact in the world.

Richard Branson, one of the world’s most famous and admired business leaders, argues that it’s time to turn capitalism upside down—to shift our values from an exclusive focus on profit to also caring for people, communities and the planet.

As he writes, “My message is a simple one: business as usual isn’t working. In fact, it’s ‘business as usual’ that’s wrecking our planet. Resources are being used up; the air, the sea, the land—are all heavily polluted. The poor are getting poorer. Many are dying of starvation or because they can’t afford a dollar a day for life-saving medicine. . . . Prophesying doom and gloom is simply not my style. . . . I think business can help fix things and create a more prosperous world for everyone. I happen to believe in business because I believe that business can be a force for good. By that I mean doing good is good for business.”

Screw Business as Usual shows how easy it is for both businesses and individuals to embark on a whole new way of doing things, solving major problems and turning our work into something we both love and are proud of.

Screw It, Let’s Do It: Lessons in Life

Global entrepreneur Sir Richard Branson has built a business empire and made billions, yet is renowned for his approachability, ability to challenge and succeed against the odds. Screw It, Let’s Do It reveals the lessons from life that have helped him through his business and personal life – such as, believe it can be done and that, if others disagree with you, try and try again until you achieve your goal; or that you must love what you do. These and other lessons, with examples of how he learned them and how he’s used them, are included in this stirring and candid look at his lessons from an exceptional life, which will inspire you to make a difference in your own life.

“Throughout my life I have achieved many remarkable things. In Screw It, Let’s Do It, I will share with you my ideas and the secrets of my success, but not simply because I hope they’ll help you achieve your individual goals.

Today we are increasingly aware of the effects of our actions on the environment, and I strongly believe that we each have a responsibility, as individuals and organisations, to do no harm. I will draw on Gaia Capitalism to explain why we need to take stock of how we may be damaging the environment, and why it is up to big companies like Virgin to lead the way in a more holistic approach to business.

In Screw It, Let’s Do It I’ll be looking forwards to the future. A lot has changed since I founded Virgin in 1968, and I’ll explain how I intend to take my business and my ideas to the next level and the new and exciting areas – such as launching Virgin Fuels – into which Virgin is currently moving.

But I have also brought together all the important lessons, good advice and inspirational adages that have helped me along the road to success.

Ironically, I have never been one to do things by the book, but I have been inspired and influenced by many remarkable people. I hope that you too might find a little inspiration between these pages.” – Richard Branson

Reach for the Skies: Ballooning, Birdmen, and Blasting into Space

One of the world’s most famous business leaders (and a well-known avian fanatic) explores the pioneers of flight.

Bestselling author and billionaire entrepreneur Sir Richard Branson has always been obsessed with the skies. To promote a new Virgin Airlines route, he became the first man to water ski behind a blimp. His Virgin Galactic venture will soon offer ordinary people the opportunity to experience spaceflight aboard the first commercial spaceliner, SpaceShipTwo.

In Reach for the Skies, Branson examines the history of aviation over the last two hundred years, putting the spotlight on trailblazers such as:

The pioneers of flight-not just the world-famous Wright Brothers, but also lesser known visionaries and dreamers-made it possible for any of us with the desire and the commitment to reach for the skies ourselves.

In Business Stripped Bare, Sir Richard Branson shares the inside track on his life in business and reveals the incredible truth about his most risky, brilliant and audacious deals. Discover why Virgin tried to take on one of the world’s biggest superbrands, how Virgin Mobile USA holds the record as the fastest company in history to generate revenues of over one billion dollars (faster than Microsoft, Google and Amazon) and how Richard is the only person in the world to have built eight billion-dollar companies from scratch in eight different sectors.

Combining invaluable advice with the remarkable and candid inside stories of Virgin’s greatest achievements, as well as some of its setbacks, Business Stripped Bare is a dynamic, inspirational and truly original guide to success in business and in life. Whether you are an executive, an entrepreneur or are just starting out, Richard strips business down to show how you can succeed and make a difference.

Losing My Virginity: How I Survived, Had Fun, and Made a Fortune Doing Business My Way

The unusual, frequently outrageous autobiography of one of the great business geniuses of our time, Richard Branson.

In little more than twenty-five years, Richard Branson spawned nearly a hundred successful ventures. From the airline business (Virgin Atlantic Airways), to music (Virgin Records and V2), to cola (Virgin Cola), and others ranging from financial services to bridal wear, Branson has a track record second to none. Many of his companies were started in the face of entrenched competition. The experts said, “Don’t do it.” But Branson found golden opportunities in markets in which customers have been ripped off or underserved, where confusion reigns, and the competition is complacent.

In this stressed-out, overworked age, Richard Branson gives us a new model: a dynamic, hardworking, successful entrepreneur who lives life to the fullest. Branson has written his own “rules” for success, creating a group of companies with a global presence, but no central headquarters, no management hierarchy, and minimal bureaucracy. Family, friends, fun, and adventure are equally important as business in his life. Losing My Virginity is a portrait of a productive, sane, balanced life, filled with rich and colorful stories, including:

And much more. Losing My Virginity is the ultimate tale of personal and business survival from a man who combines the business prowess of Bill Gates and the promotional instincts of P. T. Barnum.

Have you read any of Richard Branson’s books? Which one is your favorite? Let us know in the comments below! 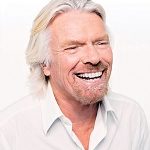 Sir Richard Charles Nicholas Branson is an English business magnate, investor, and philanthropist. He is best known as the founder of Virgin Group, which comprises more than 400 companies.